Skip to content
The North West Vintage and Heritage Club was formed in January 2009 and had membership of 115 in the first year
The club caters for all Classic, Vintage and Veteran Cars, Motorbikes, Tractors and Commercial vehicles.
Our primary aim is to enjoy owning and driving our classics whilst raising money for charities thought our social events, car runs and Auto-jumble Days.

All monies raised annually from runs  and events goes to our nominated charities. 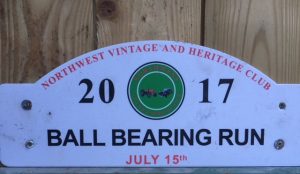 In 2018 the Money raised from Our Club events including the Autojumble and two charity Runs will go to MS Therapy Centre – Sligo and Cancer Care west.
The Following Narrative was written by  Club Member Charlie Jones as part of a school project:

Facts About Vintage And Classic Cars

There is a difference between a vintage car and a classic car, classic cars are generally 20 – 30 years old and anything older than 30 years is classed as vintage.

For the purpose of taxing a car, if it is vintage it is eligible for the cheaper, €56, annual road tax.

It is very hard and nearly impossible to get an insurance quote on a vintage car if you are under the age of 25 years old, if you do insure a vintage car you are also required to have a modern, everyday day car insured.

What Is The Club About?

The club was formed in 2009 and had a membership of 115 in the first year. The club caters for all vintage, classic and veteran cars, motorbikes, tractors and commercial vehicles. The primary aim of the club is to enjoy owning and driving classic vehicles whilst raising money for charities through social events, car runs and auto jumble days.

As already mentioned the club carries out a lot of charity work. At the beginning of each year member can put forward a chosen charity, two charities are chosen and all the money raised throughout the year gets divided between the two, with all proceeds this year going to North West Stop and The Irish Pilgrimage Trust. Past charities also include Irish Kidney Association, Oncology Ward Sligo and many more.

Generally two or three times a mounth there would be a car run, autojumble or show. The runs are organised by club members or neighbouring clubs often join together to support each other, including the Breffni Club and the Connacht Club. Normally a car run would include a various amount of miles on scenic and country roads and always meeting up  afterwards for lunch.

The auto jumbles are often big event which take a lot of time organising and they attracts the public and members from other clubs all over the country. The stalls usually consist of vintage memorabilia and car parts.        Other events include bus trips throughout the year to various auto jumbles and events.

My Family And I

My family and I have been club members for five years now and have recently bought an MG Midget to take part in the runs and shows.

A word of warning to those of you looking for a vintage or classic car, there is an endless amount of tinkering, welding, painting, polishing, cleaning and so on…… however, if you enjoy that sort of thing owning one is all well worth it!